Olivedale lies in a valley between the creviced Langeberg Mountains in the North that stretch over 250 km from Worcester to George, the Bontebok National Park in the east and the banks of the languid Breede River in the South. It is half-way between Cape Town and George, and just South of the N2 national highway.

It has a warm and temperate climate, almost Mediterranean, with average midday temperatures ranging from 17°C in July to 27.5°C in January. Its average annual rainfall of 560mm occurs in all seasons, with the highest monthly fall in April, and the lowest in December. Its natural vegetation is rich in unique fynbos, and the region has a thriving agricultural industry ranging from fruit, berries, to wheat, canola, sheep and dairy.

The Vineyards are 45 km from the Indian Ocean and between 50 and 60 meters above sea-level. The wind is predominantly South East, with cool breezes sweeping from the sea. During grape ripening, about 45 days before harvesting, there is a constant temperature difference of 10°C between night and day. The soils vary widely from clay to fine sand, presenting a choice for suitable plantings. The harvesting season is 2 to 3 weeks later than other regions, allowing for an extended ripening period,in turn allowing a more stable and stress free sugar forming process.

The Olivedale Vineyard is marginally out of the conventional Western Cape wine-lands. Sporadic attempts at wine production were abandoned in the absence of a Cellar in the immediate vicinity. The building of its own Cellar not only makes the vineyard more viable but is a salute to courage and faith in this unique venture. 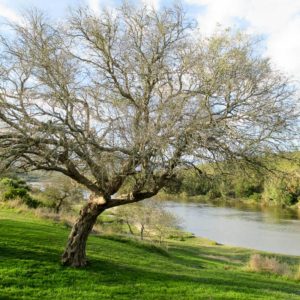 22 Surrounding hectares of starkly different virgin soils have produced vines which supply nectar to the heart.

A warm and temperate climate, almost Mediterranean, with average midday temperatures ranging from 17°C in July to 27.5°C in January.

Experts were consulted in each phase of the process: soil treatment, cover crop, vine selection, planting and trellising, harvesting, pressing and wine-making. Leading edge satellite technology and 2-meter deep electro-magnetic induction were employed to determine the condition of the variety of soils on the estate, and all imbalances were naturally corrected. Cover crop was planted and all vegetative material was reworked into the soil. Compost made on the property was then used to supplement the beds during vine planting. The presence of earthworms, micro-organisms and trichoderma within two years of treatment, bore testimony that the approach of marrying modern science with the directives of nature worked. …Allow nature to prescribe as much as possible. They are not only natural wines, they are wines from Nature!